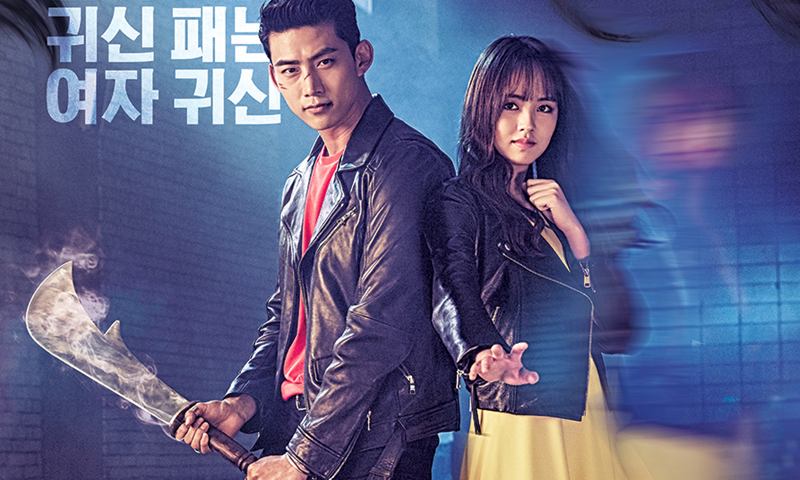 Lets’ Fight Ghost is supernatural romantic comedy drama about a boy who is able to see ghost and a girl ghost who team up to fight bad ghosts.

Park Bong-pal played by Taec-Yeon has grown up with ability to see ghosts and he uses this ability to work as an exorcist. But he can only exorcise weak ghosts. When he was exorcising a haunted high school, he encounters wondering ghost named Kim Hyun-Ji played by Kim So-Hyun. She was once the high school student at the school and she died before her college entrance exam. The two accidentally kissed and Hyun-Ji discovers that Bong-pal can help her moved on to next life.  Hyun-Ji convinces Bong-pal to team up and become ghost fighting partners.  With Hyun-Ji as his partner, Bong-pal finds that he can fight even stronger ghosts.

As they fight ghosts, they realized that not all ghosts are malevolent, and that every ghost has a story to tell.  Working and living together they started to falling in love with each other.

I like the fact that Let’s Fight Ghost is very funny drama.  I really like the two characters Choi Chun-Sang and Kim In-Rang. They joined exorcism business with Taec-Yoen but they get easily spooked.  It’s a great setup for some funny comedy.  It is very funny contradiction that really worked in the drama.  Choi Chun-Sang and Kim In-Rang are the two comical sidekicks in the drama who will make you laugh throughout the drama.

Comical relief in the drama is great but this drama also has very scary ghost scenes throughout the drama.  These ghost scenes are well done and they can be pretty spooky.  Only downside of the drama is that many of the so called bad ghosts all looked similar which makes it bit redundant towards the end.  Be aware of that there are some pretty dark ghosts in the drama.  So if you are a fan of horror, this drama will definitely get your attention.

Let’s Fight Ghost has plenty of exciting action sequences.  You see, when Taec-Yeon does exorcism, he doesn’t do it the traditional way as you seen in movies such as Exorcist.  The way they perform exorcism is beat the crap out of the ghosts.   So there is lots of room for exciting action sequences.  Surprisingly enough these action sequences are very well done and very exciting.  All the stunts and fight chirography are top notch.  It is almost like watching Hollywood blockbuster action film.

The drama is not going to work if it doesn’t have great story and surprises.  Let’s Fight Ghost has all that.  It has great story line and surprises throughout the drama.  Some of the surprises are bit predictable, but it is still fun to watch as it plays out in the drama.  I like the fact that each characters has their own back story and it is interesting to see how they behave in certain situation.  As the drama progresses and we get to see more of each character’s back story, it makes each character more interesting and personable.  At the end, the drama does very good job tying all the stories together so everything would make sense. 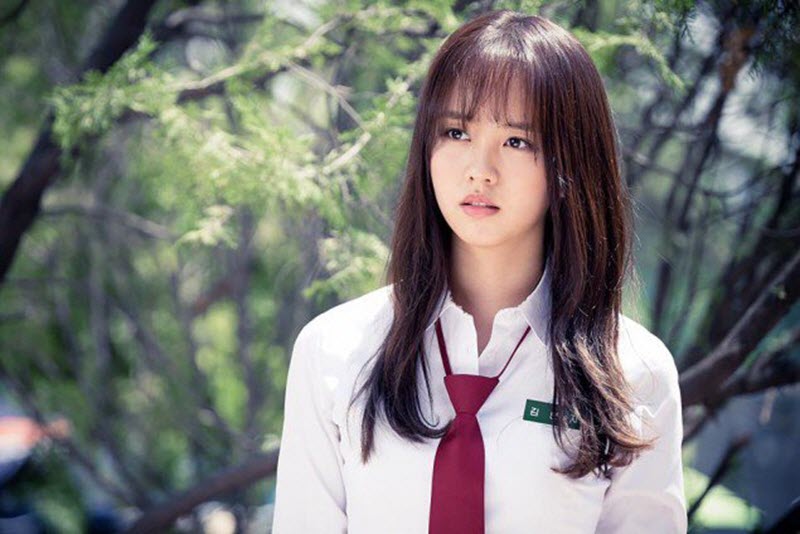 In the nutshell, Let’s Fight Ghost has little bit of everything – romance, comedy, action, and horror. This is one of highly recommended drama from 2016.