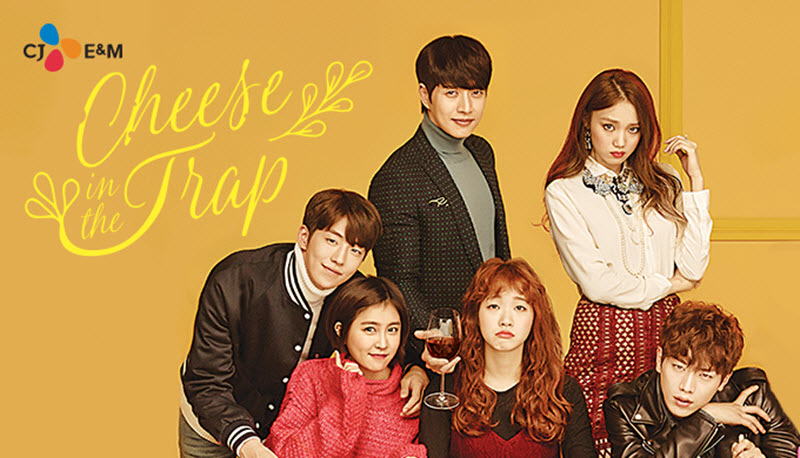 Cheese in the Trap (치즈인더트랩) is a Korean drama series starring Park Hae-jin, Kim Go-eun, Seo Kang-joon and Lee Sung-kyung. It is based on the Webtoon of the same name but with different ending..

Cheese in the Trap is romantic drama between Hong Seol (Kim Go-Eun) and Yoo Jung (Park Hae-Jin). Hong Seol and Yoo Jung are both university students.  Hong-Seol came from poor family and has to works part-time. Yoo Jung is good looking, friendly, and athletic, but has a dark side.

Cheese in the Trap is based on Webtoon series with same name, but this drama series is completely different from the Webtoon.  The drama starts out funny and light hearted, but it quickly turns dark and heavy.

Just like many other romantic dramas, Hong Seol and Yoo Jung don’t get along in the beginning.  But as the drama unfolds, their relationship slowly develops and grows into something beautiful.  At one time, they became the most perfect couple in the world.  But when we start to see the dark side of Yoo Jung, things start to get complicated.  Park Hae-Jin plays that role perfectly.  He has to juggle between hero and villain at the same time, and he does it incredibly well.

The drama starts out as a romantic comedy, but towards ends, it does complete 100 degree turns.  The last two episodes are very tragic and sad. So get your Kleenex ready and prepare to cry for hours .

Final note, they are also making Cheese and the Trap feature film, but with many of different casts.  This would be something you can also check it out. 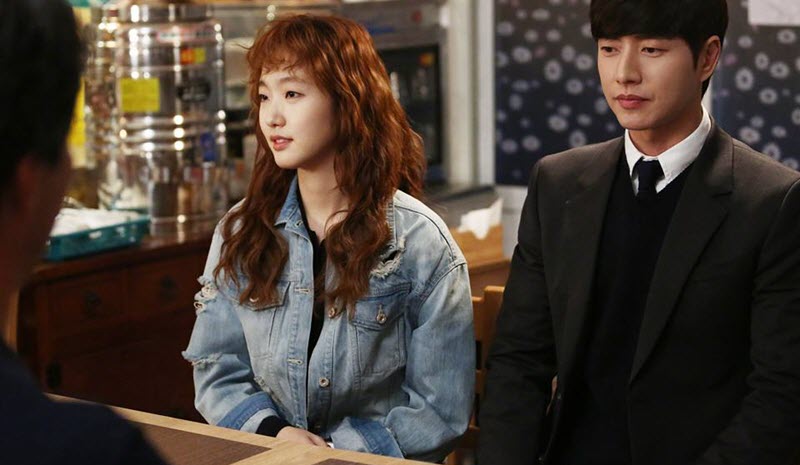 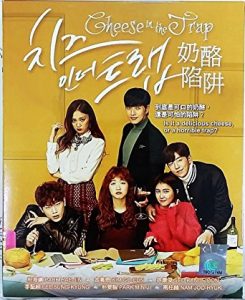 Cheese in the Trap is a romantic comedy with very sad ending.  Overall, it is very satisfying drama I give 4 out of 5.

One thought on “Cheese in the Trap Review”